When you’re shopping around for a new gaming laptop, you’ll always have a lot of questions. One of those questions is, how long will my gaming laptop last?

Let’s face it; we put our gaming laptops through a lot, but when determining how long they will last, you have to look at both the hardware and everything on the inside of the laptop.

When you buy a gaming laptop, you can count on it operating efficiently for about two years, sometimes a bit longer. The hardware, however, will likely not get obsolete for at least five years. If you buy a mid-range laptop, it could last for three to four years. A high-end laptop may last four to six years.

Keep in mind that with gaming laptops, you get what you pay for. This means that the more you pay for your computer, the longer it is likely to last.

That being said, the laptop itself — meaning the hardware components — can last for roughly ten years or even longer. The only problem with that is the fact that it likely won’t be powerful enough to play any games that are released at that point.

Let’s get a little more specific and take a look at some of the features of a gaming laptop and how important they are when you’re shopping for your next computer. 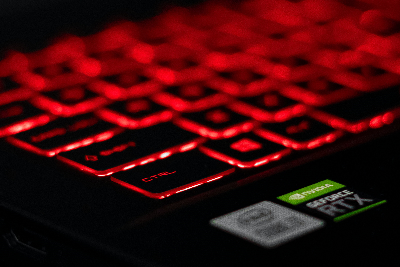 The central processing unit (CPU) should be either an i5 or i7 by Intel, even though some lower-end models have AMD’s APUs. Your CPU selection shouldn’t mess up your GPU, but this isn’t something you usually have to worry about.

Most gaming laptops are prebuilt by manufacturers, so your CPU should be long-lasting. Because of this, the GPU is something worth paying more attention to.

The two things you need to be concerned with when it comes to the GPU are:

What we’re saying is simple: you need to do some research on the GPU you’re considering buying. What’s the best way to do this? By conducting an Internet search whenever you want to learn how a specific GPU handles a specific game.

While a regular laptop can usually handle having just 8GB of RAM, that isn’t the same for a gaming laptop. Because of the intense graphic requirements needed by a gaming laptop, most experts recommend a minimum of 16GB and maybe even 32GB.

If you already purchased a gaming laptop with 8GB of RAM or less, consider upgrading it so you don’t run into problems later on when you buy additional games.

If you don’t have a good cooling system, your gaming laptop will never last that long. With such powerful components in such a compact frame, there’s little wonder why your laptop is going to generate a lot of heat.

Cooling pads are a great solution. With fans to increase air flow, these items plug directly into the USB port of your laptop and therefore making cooling off your computer a lot easier.

Gamers love Windows, mainly because so few games are released for Mac or Linux operating systems. In the past, Microsoft would release new versions of Windows every few years, which meant that users had to buy a brand-new version each time.

Nowadays, it is different. Windows has switched to sending out frequent updates instead, so the chances are more likely that your gaming laptop will be able to accommodate the games coming out in the next few years.

Taking Care of Your Gaming Laptop

Naturally, if you take care of your computer it is going to last much longer. Here are some things that you can do to prolong the life of your gaming laptop:

Laptops are like anything else; if you take care of them, they’ll last longer. Even if you end up buying a cheap computer that is made to last only two years, you may very well get more time out of it if you take proper care of it.

This also means taking measures such as buying an external hard drive in order to instantly increase storage capacity, always handling the computer with care, and regularly cleaning out the ports and the keyboard with canned air.

Of course, you also need to do your due diligence and learn which parts are worth replacing and which ones aren’t. When it starts costing you more to repair your gaming laptop than it does to replace it, you might as well go ahead and buy a new one.

You can also add to the laptop by buying bigger monitors so that your games are even more exciting to play.

Gaming laptops can last anywhere from two to six years depending on the brand and the price, and taking good care of the computer can help it last longer.

Since most people buy a computer instead of making one themselves, it isn’t always possible to get the exact components you want. Nevertheless, you can easily do some research online to help you determine which gaming laptop to buy in the end.